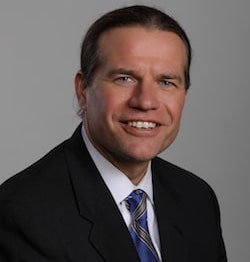 As the son of a former Alabama Circuit Court Judge, Brent was raised around judges and lawyers and he literally grew up in the Lawrence County Courthouse. He learned at an early age that everyone, regardless of their race, sex or social class, are entitled to justice and respect, and that no one is above the law. He attended public schools in the Lawrence County and graduated from the University of Alabama with a degree in business management. After college he attended law school at the Cumberland School of Law at Samford University in Birmingham and obtained his law degree in 1995. He clerked for the late Justice Reneau Almon on the Alabama Supreme Court before joining his Dad and brother at Burney and Burney.

Brent focuses his practice on helping individuals and families that have suffered serious personal injury and wrongful death as the result of someone else’s negligent and/or careless acts. Over the last seventeen years he successfully handled all types of personal injury cases ranging from death and catastrophic injury to minor injuries. He has a proven track record of taking on difficult cases against large corporations and insurance companies and winning significant financial settlements for his clients. Brent believes that every client’s case is extremely important and they deserve the utmost attention regardless if it is a death case or catastrophic injury or a whiplash case. He strives to provide each of his clients with hardnosed ethical representation. He firmly believes that representing a client or their family is not about obtaining a quick check; instead, it was engrained in him as young lawyer that a client deserves a thorough representation to ensure that the client gets every dime they are entitled to receive for their injuries or damages. That means leaving no stone unturned or no question unanswered.

Brent has represented hundreds of individuals injured in car accidents and trailer truck accidents. He has obtained policy limit settlements in tractor trailer accidents involving death and serious physical injury where the truck drivers where either driving under the influence or fatigued. He understands the insurance industry and the techniques they use to low ball injured people. He never accepts the insurance company’s opinion on the value of a case and always fights for more money.

Over the last ten years Brent has developed a significant nursing home abuse and neglect practice. He has successfully handled injury and death cases in the State and Federal Courts across the state of Alabama and he is a member of the American Association of Justice’s Nursing Home Litigation Group and he attends national conferences and stays updated on changes in the law. He has handled choking cases, aspiration, falls, drops, and bed sores. Brent maintains a network of consultants and experts to aid him in representing individuals and families injured and killed in Nursing Homes. Brent truly believes that a nursing home case is not just about money, he believes that if through a lawsuit we can correct a nurse’s, or nursing assistant’s negligent conduct so that they don’t hurt anyone else in the future ,it is a victory.